Thanks to Rick Davies for passing on this snippet, via Colin Green, but I’m not sure where it originated:

A few of us (Les Bienk, Bill Spencer, Tim McKenna, Pete Leahy and me) had coffee with Norm this morning. He’s 93 and a little bowed but otherwise in fine form and clarity of memory.  Lois is not good and is immobile due to recent injuries.  Norm seemed to appreciate our conversation ranging far and wide not just 1971.  I showed him the before and after video from the 45th anniversary and an abbreviated Grad74 movie concentrating on 71-74 and the 25th anniversary that he attended.

Can you pass this news onto the class with best wishes from Norm. 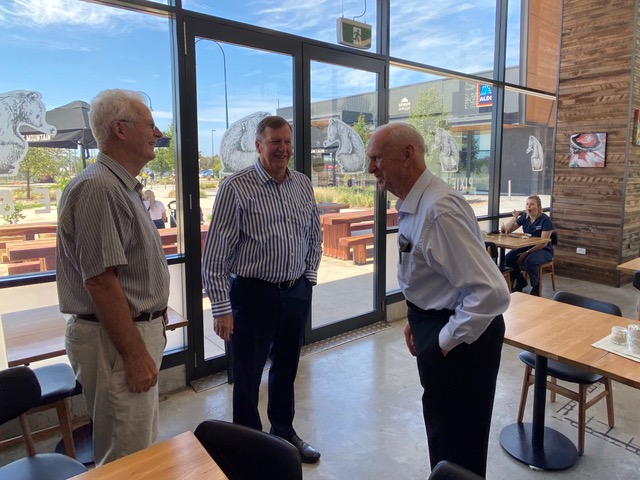